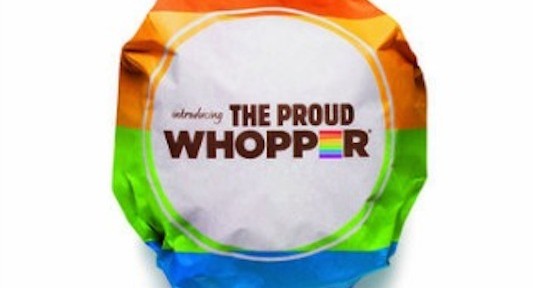 First things first, there is absolutely no difference between a Proud Whopper and a regular whopper. 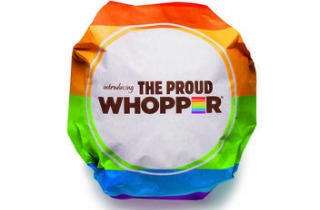 A San Francisco Burger King announced the Proud Whopper this week in honor of LGBT pride week. Burger King has shown support for gay marriage in the past with a “Be Your Way” slogan, and the gay pride-themed Whopper is just another part of that campaign. That’s right, there is absolutely no difference between them. And that’s exactly the point. Because as the wrapper reads once you’re opened it, “We are all the same inside.” source

A Burger King senior VP explains, “It showcases who we are as a brand. It shows how we, as a brand, believe in self-expression.”

Have it your way has a whole new meaning!