Houston Police say a man is dead and his wife, whom he’d shot in the head moments earlier, was the one who killed him.

Authorities say the husband was drunk and picked a fight with his wife, after the argument escalated he shot her in the head. 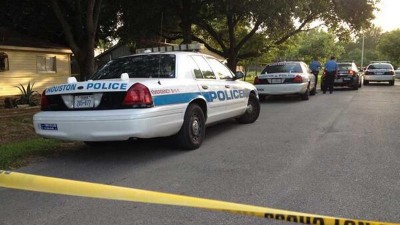 The woman, playing dead, witnessed her own son walk in the crime scene and also get shot, that’s when, police say, wifey got up and fatally shot her husband.Both the woman and her son survived and were transported to a local Hospital. Dad? Not so much. He died at the scene.