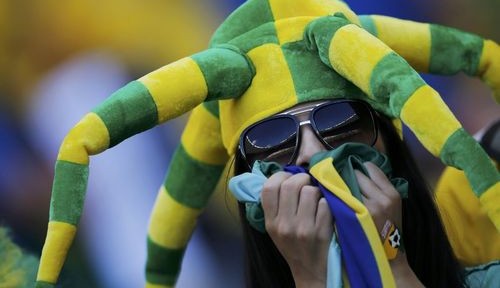 Mexican fans can forget about taking to the streets of L.A. after the Netherlands scored two goals robbing Mexico from clinching a spot in the quarterfinals of the 2014 World Cup.

The late goals flipped the score for a 2-1 win in a gripping Round of 16 clash at Estadio Castelao in Fortaleza on Saturday. 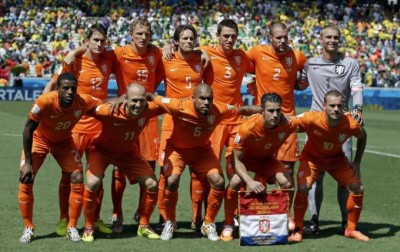 Mexico grabbed a 1-0 lead early in the second half through Giovani Dos Santos and the heroics of goalkeeper Guillermo Ochoa made it seem that lone score would be all that was needed. The Netherlands’ rally began in the 88th minute when midfielder Wesley Sneijder scored the equalizer following a corner kick. Soon after Sneijder’s right-footed blast beat Ochoa, reserve forward Klaas-Jan Huntelaar scored the winning goal on a penalty kick in stoppage time. source

The penalty was awarded by referee Pedro Proenca when Dutch striker Arjen Robben went down after contact from Mexico defender Rafael Marquez.