American Apparel’s board fired its founder and chief executive officer Dov Charney and this is his termination letter, obtained by BuzzFeed

A source close to Charney says none of the allegations in the letter are new. 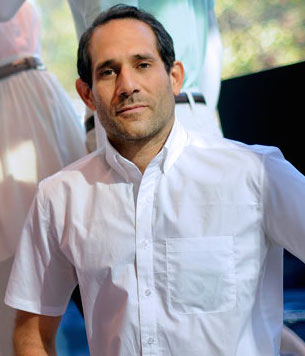 Via Hand Delivery To:
Dov Charney in New York

Re:Notice of Events and Circumstances Amounting to Cause
Notice of Intent to Terminate Employment

The Board’s investigation of your misconduct is ongoing and has been hindered by the fact that certain information has not been made available to the Board. However, to date, the events and circumstances by which you failed to perform your job duties and the details of your willful misconduct include the following:

1. Breach of Fiduciary Duty. As an officer and director of American Apparel, you owe fiduciary duties to the Company. Among other things, your fiduciary obligations require you to act in the best interests of the Company, to act in good faith and to refrain from conduct that amounts to self dealing or presents a conflict of interest. You have violated the fiduciary obligations owed to the Company in several material ways. For example, you were aware of, but took no steps to prevent an employee under your direct supervision and control from creating and maintaining false, defamatory and impersonating blog posts about former American Apparel employees. You were in a position to prevent this conduct from occurring but, since it benefitted you personally, you allowed it to continue. Your failure to act was not in the best interest of the Company. It exposed the Company to liability and at least in once instance, directly resulted in an arbitrator finding that the Company acted with malice. Your failure to act also directly resulted in one arbitrator finding that the Company was vicariously liable for the conduct of your subordinate. Those findings, in turn, exposed the Company to a significant punitive damages award. You engaged in similar misconduct with respect to several other former American Apparel employees, resulting in material payments and probable future settlements of such claims.

Moreover, we were recently appraised that you engaged in misconduct – including the potential subordination of perjury – in a pending litigation matter and that your misconduct will undermine the Company’s position in that case.

2. Violation of Company Policy. You have violated numerous Company policies and have failed to take action to enforce the Company’s policies in derogation of your obligations as Chief Executive Officer. As is evident from a number of recent court rulings and arbitrator awards and decisions, you repeatedly engaged in conduct that violated the Company’s sexual harassment and anti-discrimination policy. Furthermore, you engaged in conduct that repeatedly put yourself in a position to be sued by numerous former employees for claims that include harassment, discrimination and assault.

In the recent past, you refused to participate in mandatory sexual harassment training and undermined the Company’s policies by interrupting employee sexual harassment training mandated under California law. By engaging in such conduct, you violated the Company’s Code of Ethics which, among other things, requires you to deter wrongdoing and promote compliance with applicable law, rules and regulations. You also violated the Code of Ethics by failing to stop your subordinate from posting false and defamatory blogs as discussed above. Furthermore, on several occasions you have made derogatory and disparaging remarks directed at persons of certain ethnicities or related to their gender, sexual orientation or religious persuasions that are discriminatory and offensive and are not in accordance with Company policies.

3. Misuse of Corporate Assets. You have used corporate assets in an inappropriate manner and for personal, non-business reasons without approval of the Board. For example, you continue to seek reimbursement by the Company for personal services such as legal consultation and certain property rentals and related expenses for various employees/consultants. The Board has reason to believe that many of these expenses were not legitimately incurred to advance the interests of the Company. These funds were instead used for personal reasons and to advance your personal objectives. Additionally, you have used Company assets to make substantial severance payments to protect you from personal liability. You have provided to employees various salary increases, bonuses, and commission payments that were not meant to reward exemplary performance or further the Company’s interests. Instead, you authorized these payments to induce employees to sign release agreements that were aimed at protecting you from personal liability for your misconduct. These payments, like the severance payments discussed above, were incurred for personal reasons and not to advance the legitimate business interests of the Company. You also have engaged in self dealing by purchasing travel for family members with Company funds. These self-dealing transactions were not approved by the Board.

Your misconduct has injured the Company’s financial condition and business reputation. In terms of finances, your conduct has required the Company to incur significant and unwarranted expenses, including expenses associated with litigation and defense costs, significant settlement payments, substantial severance packages that were granted to employees, and unwarranted business expenses that you incurred for personal reasons. The Company’s employment practices liability insurance retention has grown to $1 million from $350,000, causing an unacceptable level of risk for the Company, and the premiums for this insurance are well outside of industry standards. These risks and costs to the Company are a direct result of your actions. The resources American Apparel had to dedicate to defend the numerous lawsuits resulting from your conduct, and the loss of critical, qualified Company employees as a result of your misconduct are also costs that cannot be overlooked.

Your misconduct has also harmed the business reputation of the Company. This is illustrated by voluminous press reports describing your behavior and the fact that the Company has had a very difficult time raising capital and securing debt financing at reasonable rates because of your actions. Indeed, many financing sources have refused to become involved with American Apparel as long as you remain involved with the Company. When the Company has been able to secure financing, it has been required to pay a significant premium for that financing in significant part because of your conduct.

Based on the events and circumstances detailed above, you are hereby suspended and placed on administrative leave effective today, June 18, 2014. Your suspension and administrative leave will last until July 19, 2014 or until such earlier time as you are able to fully effect a cure of your misconduct. On July 19, 2014 we will inform you of our final decision concerning your employment status.

Effective immediately, you will be relieved of all of your job duties and obligations, including as President and Chief Executive Officer; your power to act on the Company’s behalf is hereby suspended. During your suspension, you shall not, on behalf of the Company, negotiate or enter into contracts, disburse funds, make any statements on the Company’s behalf to the press, public or vendors (or induce, condone or fail to prevent others from making such statements), attempt to communicate with current employees or former employees with continuing contractual obligations to the Company (including under severance arrangements), or disrupt or interfere in any way with the Company’s operations. You remain subject to and must continue to abide by the Company’s policies, including the Company’s confidentiality and non-disparagement policy. You also remain subject to continuing obligations under federal securities laws (including the prohibition against unauthorized disclosure of, or trading while in possession of, material non-public information) and continuing fiduciary duties under state law. During your suspension, you are not permitted to access directly or indirectly the Company’s computer systems or files, use any of the Company’s assets, or interact with any of the Company’s employees or former employees with continuing contractual obligations to the Company, visit the Company’s facilities (including but not limited to its manufacturing facilities, headquarters, distribution center, apartments and stores), or contact vendors or landlords, unless you obtain advance written permission from the Board of Directors and your request is tied directly to an attempt to cure the violations and misconduct described herein. If you violate the directives outlined in this paragraph, the Board will consider such conduct an additional “cause” to terminate your employment. During your suspension, you will continue to receive your monthly salary and the other benefits required to be paid under your Employment Agreement.

The Board is continuing to investigate the scope and extent of your misconduct. The Board reserves the right to notify you of additional events and circumstances that constitute cause to terminate your employment. The Board also reserves the right to supplement and amend this notice as additional information is learned through the course of its ongoing investigation into your actions.

If you require additional details concerning the events and circumstances amounting to cause as outlined in this letter, please contact Tobias S. Keller, the Company’s Interim General Counsel at (213) 488-0226.