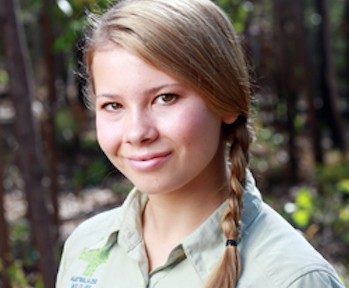 Bindi Irwin, just ahead of her 16th birthday, is telling teenage girls her age to stop showing so much flesh.

Daughter of croc hunter, Steve Irwin, Bindi is known for following in her fallen father’s fashion footsteps, wearing mostly khaki, but now she’s started “experimenting” with her style but remains a girl from the bush at heart. 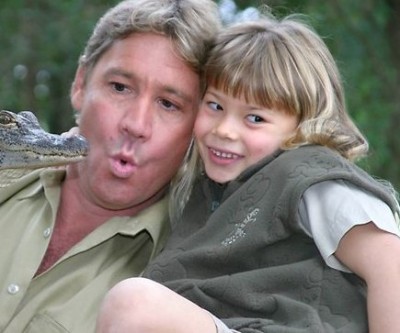 “I’m a big advocate for young girls dressing their age,” she said. “I mean, for me, I look around at a lot of young girls that are my age and they’re always trying to dress older. Whether it’s wearing revealing clothes or hardly wearing any clothes at all, I feel really bad for them. “It kind of has the opposite effect in some ways … it kind of does the opposite where it makes you look younger and like you’re trying too hard.” “A lot of times I want to grab these girls and say ‘look … in 10 years you’ll regret this. Just dress like who you are. Don’t try so hard. A pair of jeans and a T-shirt is just as gorgeous and even makes you look classier” source

The entertainer says she wants to influence other young women with her fashion choices.
POST NOWTWEET NOW