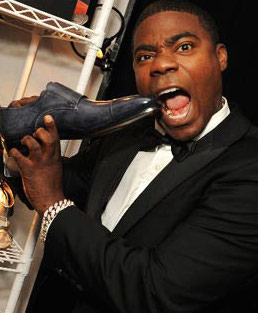 Morgan is reportedly in critical condition at a New Brunswick hospital following an accident on the New Jersey Turnpike, according to the New Jersey State Police.

The accident occurred about 1 a.m. today in the northbound lanes between exits 7a and 8. State police said two tractor trailers were involved in the crash and another passenger in Morgan’s bus had been killed. source