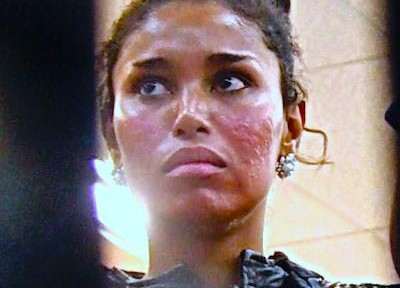 V Stiviano, the woman at the center of the Donald Sterling scandal, was badly beaten up by two white men in New York City on Sunday night, her lawyer has confirmed. 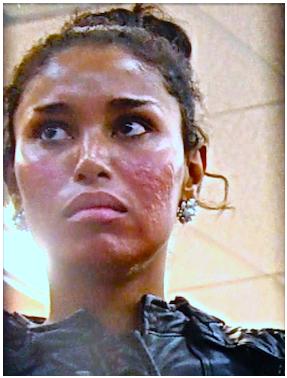 Radaronline reported that around 7pm, as Stiviano was leaving the Gansevoort Hotel in Manhattan’s Meatpacking District, “two white men descended on her,” attorney Mac Nehorary said.

“They were about 5’7 and they knew exactly who she was. They began to hit her and called her the N word.

“Other disgusting slurs were made against her. She was able to run away and several onlookers then began attempting to apprehend the two men.”

Stiviano was taken to a doctor who examined her for possible injuries, he said. She is expected to make a full recovery, although “one side of her face is extremely red and she is obviously very scared (about her wellbeing),” Nehorary added to Radar.

**UPDATE** Rumorfix spoke with the NYPD Press Relations department late Sunday evening and they said they could not confirm an incident took place, “no evidence of any occurrence there tonight” and no evidence that “anything happened there.”