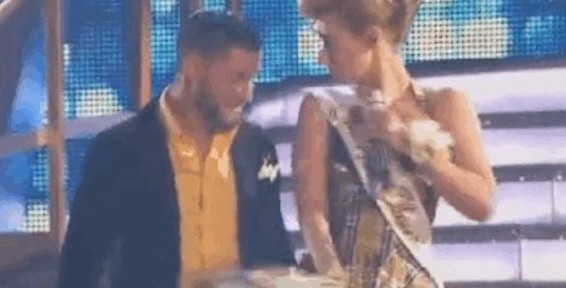 Aussie Iggy Azalea’s huge Dancing With The Stars performance was severely marred over a technical issue with the rapper’s in-ear monitors that prevented her from mirroring her backing track, aka, lip sync..

Azalea, who was joined by Charli XCX to perform their hit song “Fancy,” was caught like a deer in the headlights, stopping mid-song to inform someone, maybe the sound guy, that she was having difficulties hearing, and that’s when a mystery vocal could be heard blaring out..

The performance can be described as nothing less than a complete disaster.

“Iam so sorry guys! My in ears messed up and I couldn’t hear the track. The dramas of live TV. Sh-t happens. Still really enjoyed it,” Iggy tweeted after the failed performance.