Ariana Grande has been working with Iggy Azalea far too long because she is starting to look like the rapper! 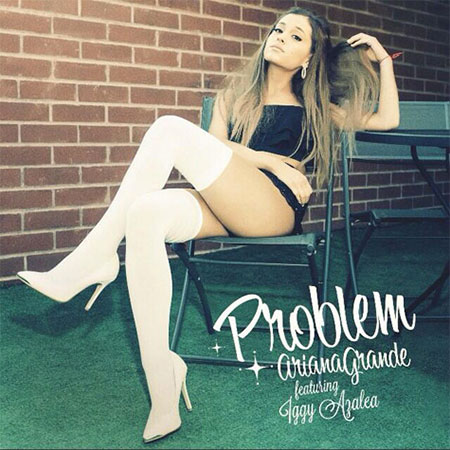 Grande has a new album on the way but while we do not yet know the title of Grande‘s sophomore effort, we do learn today that the first single from the album is a song titled Problem. For this new single, Ariana teamed up with Aussie rapper Iggy Azalea and as you can see below, Iggy‘s influence has impacted Ariana‘s usually modest sense of fashion.

Ariana shared the cover art for her new single Promise on her official Instagram profile.