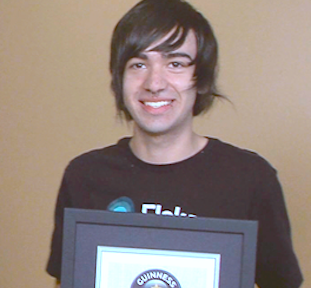 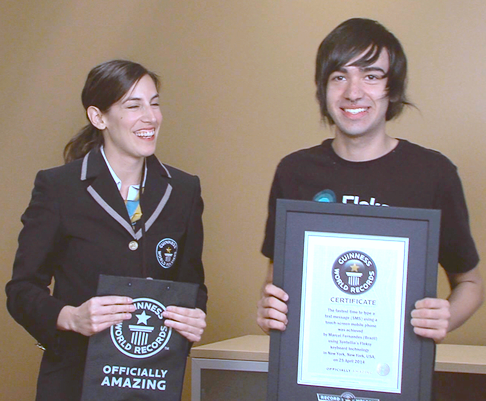 The 25-word message Filho had to type was: “The razor-toothed piranhas of the genera Serrasalmus and Pygocentrus are the most ferocious freshwater fish in the world. In reality they seldom attack a human.”

Filho had to use perfect spelling, capitalization and punctuation.

He edged out the previous record-holder, another teen who texted that message in 18.44 seconds. source

Filho broke the record on April 25 texting on a Samsung Galaxy S4 with the Fleksy keyboard application, according to Guinness World Records.