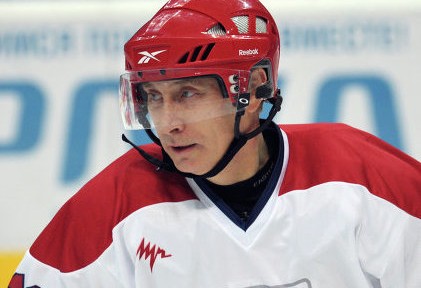 Besides running a country, Vladimir Putin is apparently also a goal-loving hockey player!

The Russian President was given a chance to show off his skills on Saturday at a festival of ice hockey.

Putin scored 6 goals at the amateur game in the Bolshoi arena in Sochi, helping his team to a 21-4 victory.

He was joined by Russian Defence Minister Sergei Shoigu, as well as former professional players and amateurs of the Night Hockey League (NHL) source

The NHL was created by Putin in 2011 to enable businessmen and women, governors and ministers who worked during the day, to fulfil their hockey dreams on an evening.