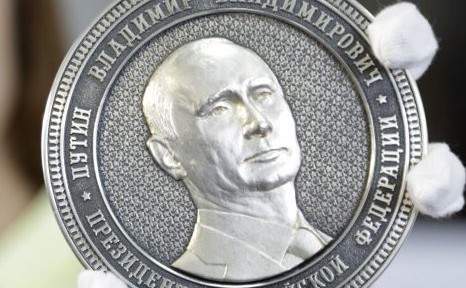 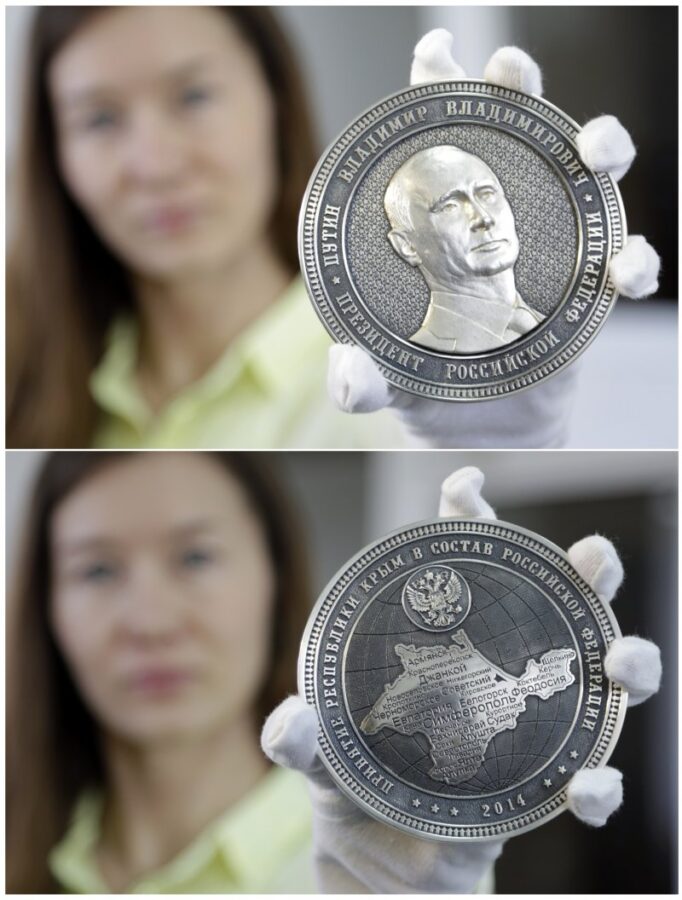 Russia unveiled the huge commemorative coin marking the annexation, and it is apparently part of a series called “The Gatherer of Russian Lands.”

That name has a dark subtext given the fact that Putin believes the fall of the Soviet Union was the “greatest geopolitical catastrophe of the century” and is actively destabilizing south and east Ukraine (which he calls Novorussia or New Russia).

On Sunday, Russian-backed rebels plan in east Ukraine are holding a referendum to secede from Ukraine, and getting their way would make them politically and economically dependent on the former KGB colonel.  source