How wild is this? That’s none-other-than Russian President, Vladimir Putin, (not the boy, the man on the very left,) in a classic shot of Ronald Reagan when he visited Russia back in 1988! Putin was a KGB agent and this was his undercover disguise! You have got to love the tourist cameras draped around his neck! Sneaky! 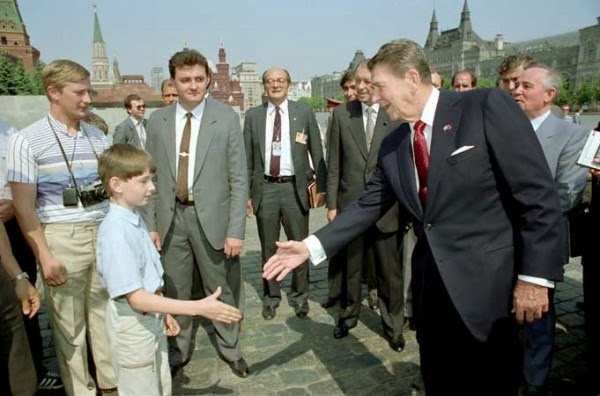 Pete Souza is the White House photographer for President Obama, but he also worked in the same capacity under Reagan, and he snapped that photo in 1988 of Reagan and Mikhail Gorbachev greeting tourists. And Souza claimed back in 2009 (and said this information was confirmed to him) that the man on the very left, the tourist-y looking fellow with the camera around his neck, is in fact Vladimir Putin, who was a KGB agent at the time and was undercover. source