Indiana resident, Leo Sharp, 90, was sentenced — on his 90th birthday — to three years in federal prison for transporting over a ton of cocaine to Michigan. 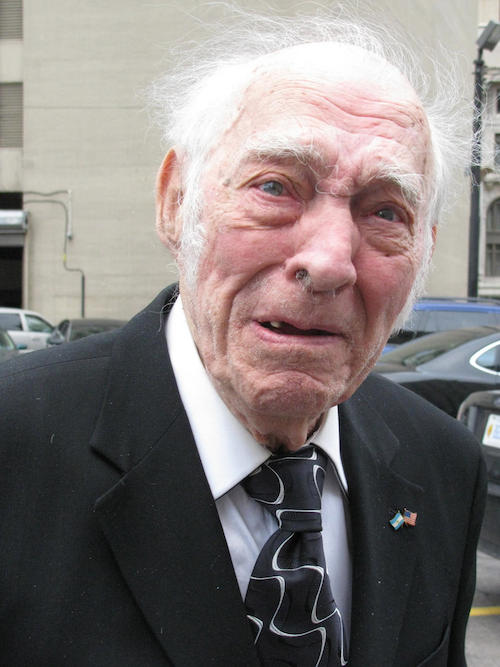 Sharp fought Nazis in Italy during World War II and was awarded a Bronze Star for it.

The senior is also known for growing prize-winning daylilies and even contributed 5,000 plant bulbs to his community.. Oh and did we mention he’s a 90-years-old drug mule?

Wearing a dark suit and tie, the frail man stuffed his hands in his pockets as he stood in front of U.S. District Judge Nancy Edmunds.

His attorney occasionally reached over to put a reassuring grip on his shoulder or a supportive stoke on his back.

“All I can tell you, your honor, is I’m really heartbroken I did what I did,” Leo Sharp told a judge. “But it’s done.” source

There was no dispute over Sharp’s crimes: He admitted last fall that he drove loads of cocaine into Michigan for a Mexican drug organization, one of 19 people charged in the case. The government said he was paid more than $1 million.