Chris Sevier, a man from Florida, believes he should be allowed to wed his Apple Macbook computer, seriously.

Sevier cites legal precedents around the world – including a case where a woman married a dolphin and a Chinese man wed a cardboard cutout of himself. 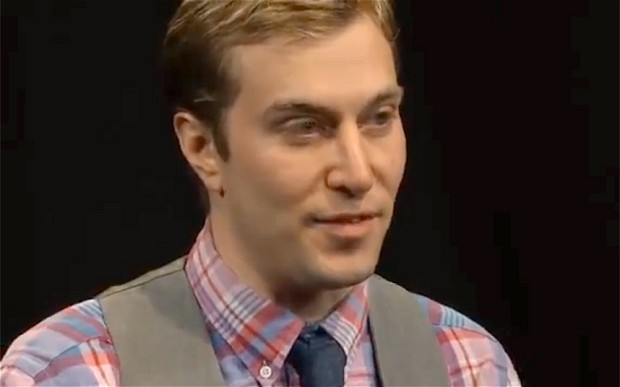 Sevier argues that if gays should be allowed to marry, then so should other sexual minorities, like his love affair with his computer.

“Over time, I began preferring sex with my computer over sex with real women,” he told a court in Florida. source

This appears to be not a passing holiday romance, but a lifelong commitment.

If gays feel as is they are second class citizens, Sevier argues then “those of us in the real minority, who want to marry machines and animals, certainly feel like third class citizens”.

Sevier apparently sought a marriage licence for himself and his “machine spouse”, but for some reason was denied.

“The exclusion from marriage to a machine denies myself a dignity and status of immense import,” he argues in his motion.