Cat 5 Cyclone About To Strike Australia

Residents and tourists are being urged to evacuate parts of Queensland’s northeast coast as a cyclone packing 190 mph winds is about to make landfall. 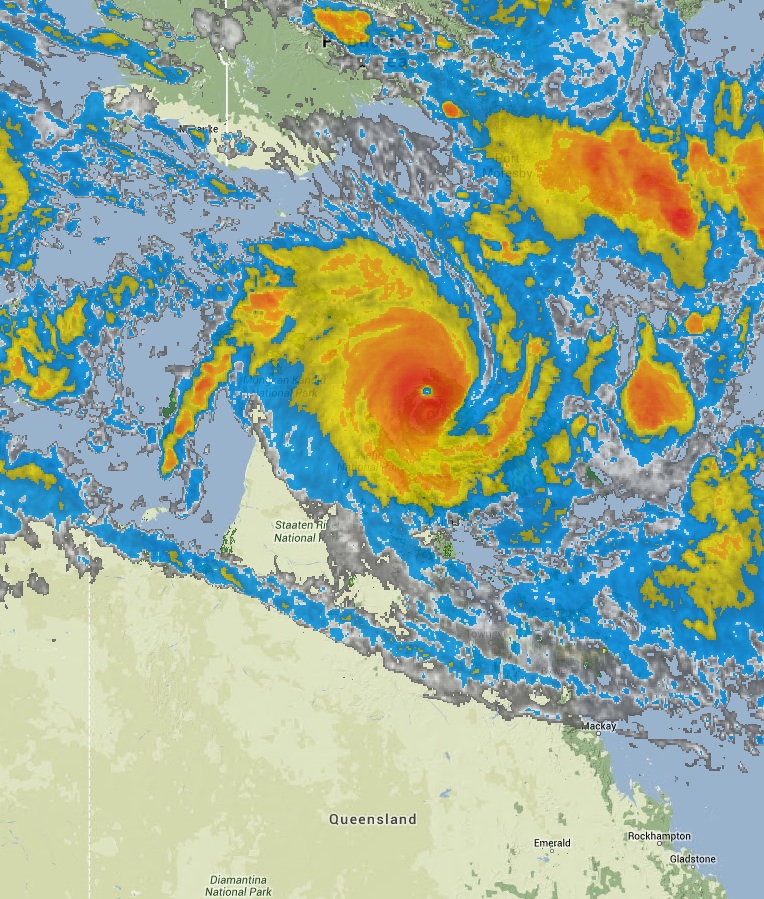 Cyclone Ita, a powerful category five storm, is moments from hitting the north coast of the tropical city of Cairns, the Bureau of Meteorology (BOM) said.

North Queenslanders have been warned to prepare for a worst-case scenario that could see storm surges hit more populated areas like Cairns. 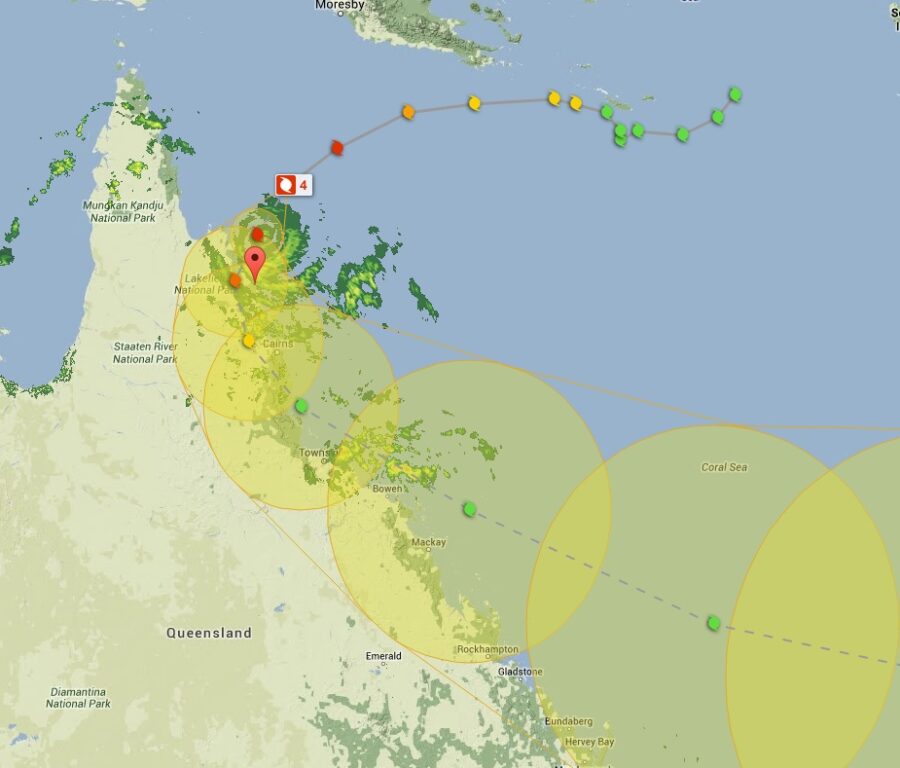 The warning came as weather bureau projections indicated the category five storm was expected to make landfall near Cooktown, north of the Daintree, on Friday night, Au time.

“If the track changes, then we could see more significant impacts along the coast from Cooktown all the way through to Cairns and also probably further south,’’ Mr Newman told reporters in Cairns.

“People should be concerned if the track changes down the coast for a storm surge.’’ source

Cairns Regional Council had since advised residents in low lying areas to self-evacuate, even though no public shelters were yet open.