The search is still on for MH370, but that didn’t stop British Airways from releasing this creepy and down-right evil advertisement depicting deep underwater sea shot with the caption, “Escape the commute and discover the Indian Ocean.” 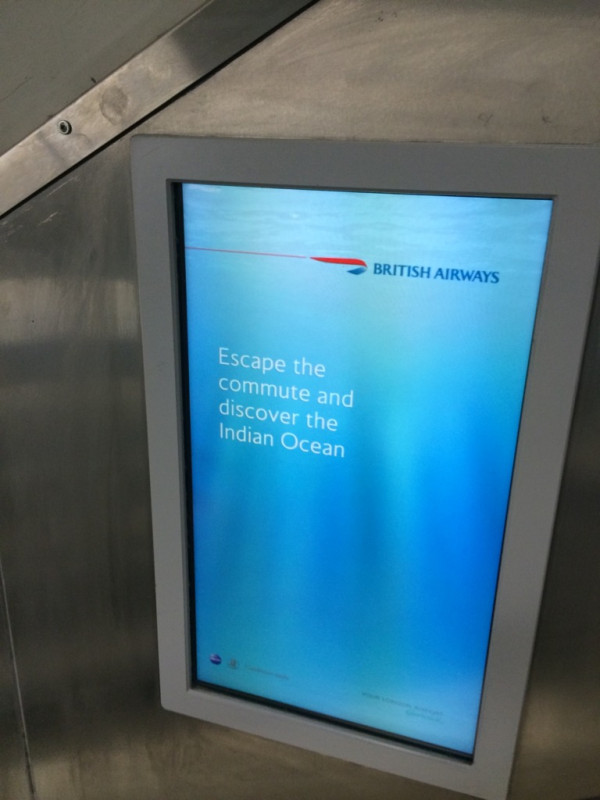 A spokeswoman for British Airways told ABC News, “We are very sorry for any offense caused. The advertising campaign featured in the U.K. is being withdrawn. This campaign was planned some months ago and we recognize that its appearance at this time is inappropriate.” source

Conventional wisdom suggests the plane is currently at the bottom of the Indian Ocean, so perhaps it wasn’t the best time for British Airways to feature a ad that invokes the tragic and still unfolding ordeal.