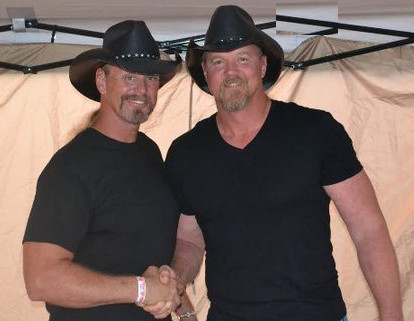 Adkins had been allegedly been sober for the past 12 years

Rhonda Adkins, the singer’s wife of 16 years, filed in Tennessee earlier this week. According to the documents from the Williamson County, Tenn., court, she cited “irreconcilable differences.”

Trace, 52, and Rhonda Adkins have three daughters – MacKenzie, Brianna, and Trinity. The singer also has two other daughters with an ex-wife. source

Rhonda is asking for custody of the three girls and for the singer to pay child support. No word on whether or not she’s seeking any compensation from the doppelgänger.