Country singer Trace Adkins fought himself on a cruise ship Monday or at least he may have thought he was fighting himself because it seems Trace was really wasted and he just checked into rehab. 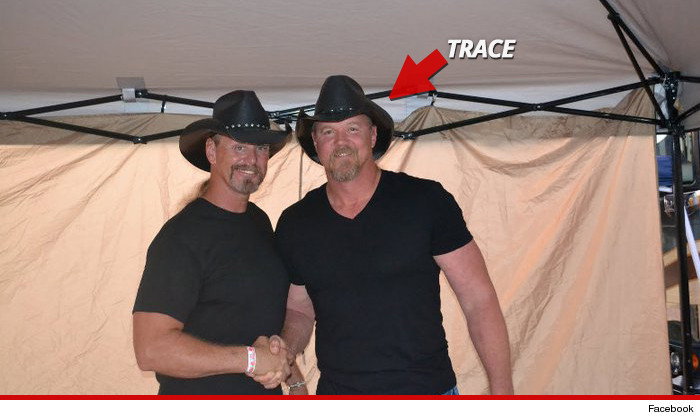 TMZ is reporting, Trace was headlining a country cruise headed to Jamaica. He was in the bar when something happened between him and a Trace impersonator who was doing Karaoke. Trace — who had been sober for 12 years — had fallen off the wagon and got into a physical fight with the impersonator.

Once the boat docked in Jamaica Trace jumped ship and promptly entered rehab.