Man Who Woke Up In Body Bag DIES For Real

Call it a false exit, call it divine intervention, no matter what you call it, you can call it “in the bag” as the Mississippi man who woke up two weeks ago in a funeral home’s body bag has actually died, now, for real, reportedly.. 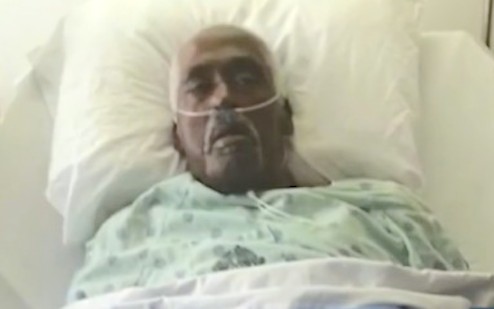 Walter Williams passed away, for real, early Thursday morning in Lexington, Mississippi, just 14 days after he awoke, kicking and screaming, inside a body bag after a coroner accidentally ruled him dead.

“Well, they came and got him again around 4:15 a.m (Thursday),” Williams’ nephew, Eddie Hester told WAPT. “I think he’s gone this time.”
“He told us, ‘It’s all up in the Lord’s hands. Whatever the Lord says, I’m willing to do. Y’all just accept it,'” his daughter Gracie Williams said. source

After his brush with death last month, Williams told his family he was relieved but prepared for when his time finally did come.