Justin Bieber has got a hit video on his hands! But the Baby singer could only wish said hit was an actual song and not a video of his cocky deposition appearance.. 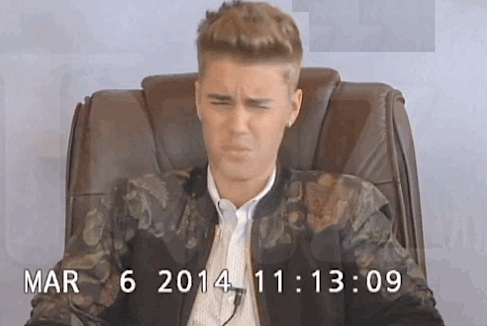 In Miami last week for a deposition in connection to a battery lawsuit filed in June by photographer Jeffrey Binion, an annoyed Bieber commits to record his feelings about film (he prefers traditional formats), Katie Couric (thumbs down), Usher (huh?), and ex-girlfriend Selena Gomez (shut the f**k up). source