Katy Perry folded under the pressure of Muslim groups who objected to the singer’s use of a “Allah” necklace in her Dark Horse video. 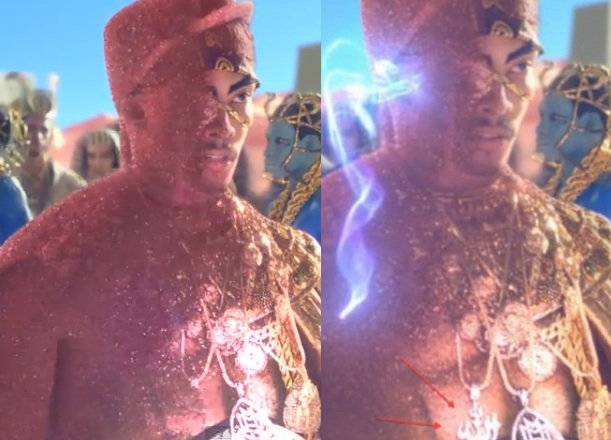 The video for the song “Dark Horse” initially included the destruction of an Arabic pendant with the word “Allah” on it, prompting an online Change.org petition for YouTube to take the video down.

“The video is considered as highly controversial to its viewers as a result of its portrayal of blasphemy,” the petition states. At about one minute in, “a man is shown being burned, whilst wearing a pendant (also burned) forming the word ‘Allah’, which is the [A]rabic word for God.” source