Justin Bieber may have a change of plans if a group of Atlanta residents have anything to do with it. 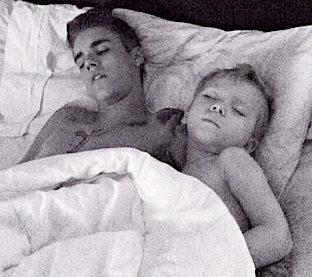 Gossip Cop rated this story 100% true, reporting that a protest is being organized for Monday by the Buckhead Neighborhood Coalition.

Bieber is close to pulling the trigger on an $11 million mansion in the city’s affluent Buckhead neighborhood, but area residents are doing their collective best to keep the singer out of the community. 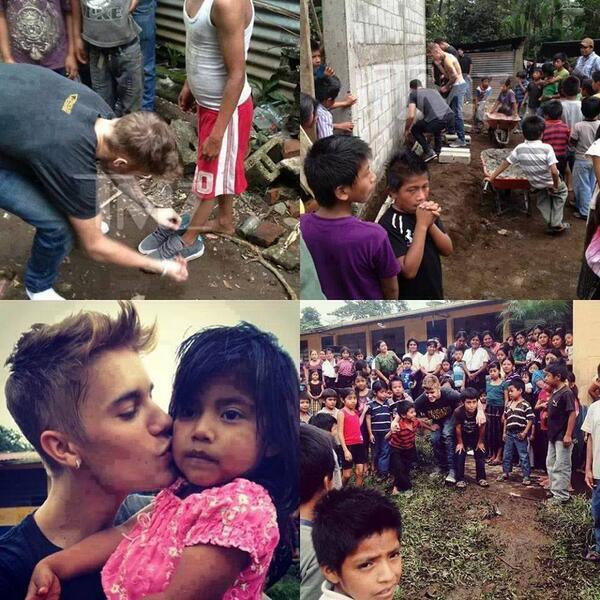 The group has outlined its plans and explained its opposition to Bieber in a Facebook post for the protest, which currently has 128 people signed up as “going.”

“As a community here in Buckhead, we have worked hard to achieve our goals and get to where we are,” says the coaliation. “Justin Bieber’s relocation to Atlanta can be nothing but bad for our children, as well as the community.”

It continues, “Some can’t even let their children play in the driveway without fear; he has raced vehicles under the influence, before. What’s to say he won’t do it again? As a home owner down the street from this residence, one can assume many people will be contacting real estate agents soon enough.”

“Please do not allow a child to ruin what we have worked so hard to obtain. Thanks for the support!” declares the Buckhead group.

The Facebook page has also posted homemade protest signs that Atlantans concerned about a Bieber invasion have created (see below).

While a number of other Buckhead residents have commented on the “protest” page to voice support for Bieber, it appears the demonstration will move forward.

Wow! Looks like Atlanta’s affluent residents really laid out some serious coin for this image representing their protest Bieber Facebook page! Not! 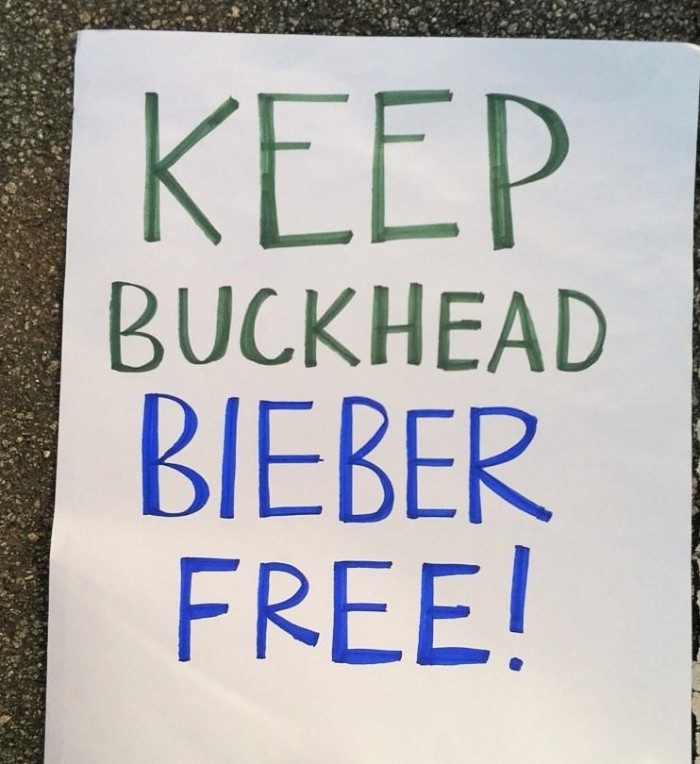 What do you think about local homeowners protesting Justin Bieber’s possible move?