Sabrina! You naughty former teenage witch!  Melissa Joan Hart, 37, shared some juicy and intamate stories with Giuliana Rancic including the time she tried ecstasy in 1999, while attending the Playboy Mansion.. 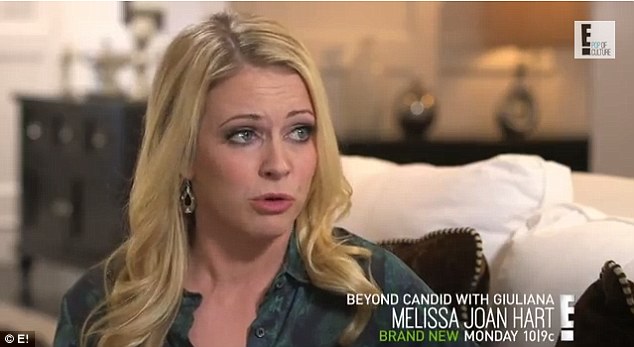 ‘I was feeling, like, a little shy, so I actually ended up rolling with some friends, doing some ecstasy,’ she says in the upcoming episode of Beyond Candid With Giuliana.

She shares with Giuliana one of her first few times trying ecstasy – back in 1999, when attending her very first Playboy Mansion bash.

She was on her way in a limo to the famed Mid-Summer’s Night Dream party where all the guests attend in their undergarments.

She also opened up to Life & Style prior to the book’s release.

‘I experimented with weed, Ecstasy, mushrooms and mescaline for about a year and a half,’ Melissa said.

Melissa finished her soul cleanse by outing Paris Hilton for offering her cocaine..