Joanna Krupa donned a sheerly hot dress for a pre-Grammy party in Hollywood. 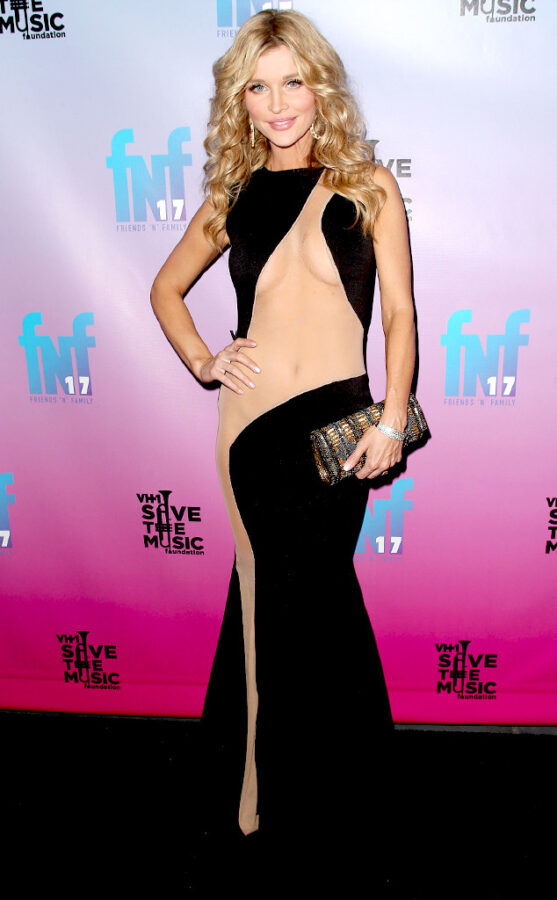 The 34-year-old reality star wore a sleeveless black dress featuring a strategically placed nude sheer cutout that begins at her cleavage and snakes around her torso and along the side of the intricate frock.