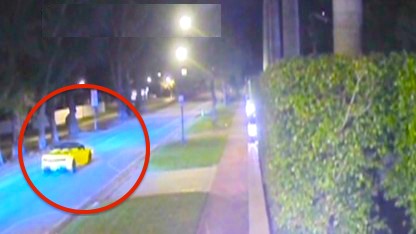 A private surveillance camera in the residential neighborhood of Miami captured Justin drag racing his yellow Lamborghini with a police car following close behind him. The video also shows a red Ferrari, which Khalil was driving, closely behind, along with black SUVs — possibly the ones that blocked off the residential street — and police cars a bit further behind the cavalcade. SOURCE