Paris Jackson is back and acting like a kid again. Amen. Jackson, 15, posted a swimsuit selfie to Instagram sticking her tongue out, ala, Miley Cyrus.

The 15-year-old flashed SEVERAL tongue wags in recent snaps, a welcome sign after a long cold year in a stuffy $14,000 per month therapeutic private school in Utah. 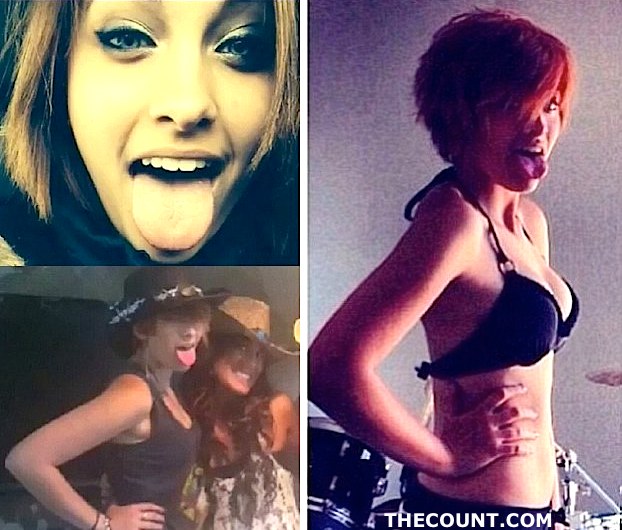 The academy, a secluded center for teenagers, specializes in depression and grief management. Paris has been struggling with depression since her father’s death in 2009. She attempted suicide back in June.

The Christmas vacation was also reportedly a reunion for Prince and Blanket with their sister, who flew to the island on December 21.

Reports indicate that Paris was only temporarily released from her school for the holidays.