That famous giant, inflatable yellow ducky, floating on display in a northern Taiwan port exploded just hours before it was to feature in New Year’s Eve celebrations!

Last month, while on display in the northern county of Taoyuan, the duck became a victim of a 6.3-magnitude earthquake, which triggered a power outage that caused it to deflate when an air pump stopped working. 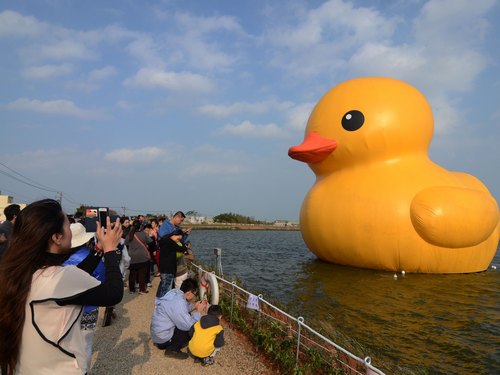 Powerful winds then caused the duck’s rear end to burst while it was being re-inflated. 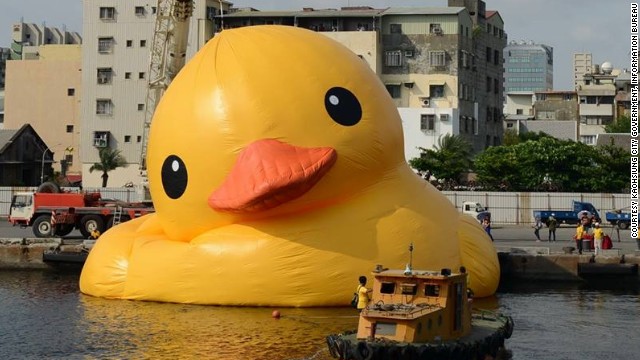