Jennifer Lawrence To Barbara Walters ”Fat Comments Should Be Illegal”

Jennifer Lawrence is taking her name literally, at least the Law part by telling Barbara Walters during her 10 Most Fascinating People of 2013 special interview, she thinks people should get prosecuted for calling someone else “fat” on TV. 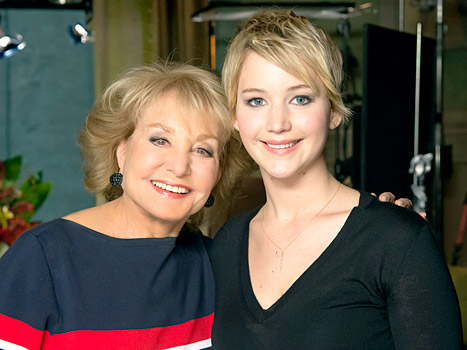 The unlikely Oscar winner thinks fat-shaming on TV and elsewhere should be against the law..

“I think the media needs to take responsibility for the effect it has on our younger generation on these girls that are watching these television shows and picking up how to talk and how to be cool,” she continued. “So all of the sudden being funny is making fun of the girl that’s wearing an ugly dress. And the word fat! I just think it should be illegal to call somebody fat on TV. If we’re regulating cigarettes and sex and cuss words because of the effect it has on our younger generation, why aren’t we regulating things like calling somebody fat?”

This isn’t the first time Lawrence has voiced her opinion, the sophomore star said in the December 2012 issue of Elle Magazine, “In Hollywood, I’m obese. I’m considered a fat actress.”