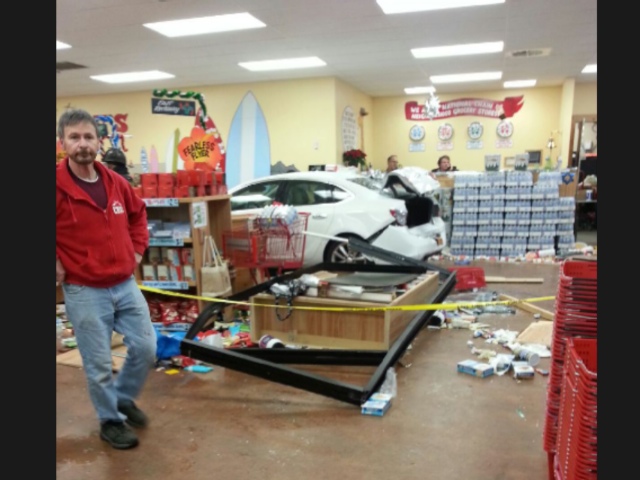 NBC reports that 15 people were hurt altogether in the crash, and 12 were taken to the hospital. Two of the people were reportedly seriously injured, while the rest had only minor injuries. A business owner in the same shopping mall told Newsday, “I saw one person that I could see carried out on a neckboard with their head taped down. They were immobile.”