Pittsburgh coach Mike Tomlin was just fined $100,000 for interfering with kick returner Jacoby Jones in a recent loss to the Baltimore Ravens! The violation may also lead to draft-pick punishments for the Steelers. 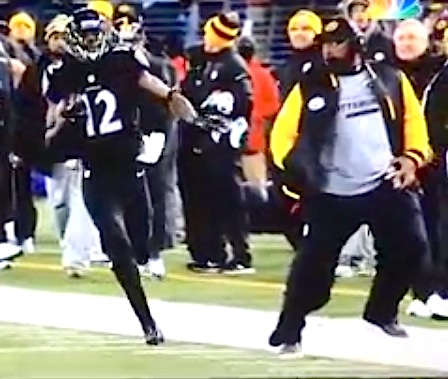 “Because the conduct affected a play on the field, a modification or forfeiture of draft choices will be considered after the final order of the 2014 draft has been determined,” the league said.

So sneaky! You can clearly see by the video that Tomlin was intentionally trying to block or trip the player!