A tragic motorcycle accident has has taken the life of HGTV’s Curb Appeal host, Bill Beckwith. He was 38.

The Curb Appeal host was struck by a car and killed while riding his motorcycle in San Francisco’s Lower Haight neighborhood, according to eonline.

The incident occurred near the corner of Oak and Steiner streets at roughly 8:30 p.m. Monday, police said. He died at San Francisco General Hospital. 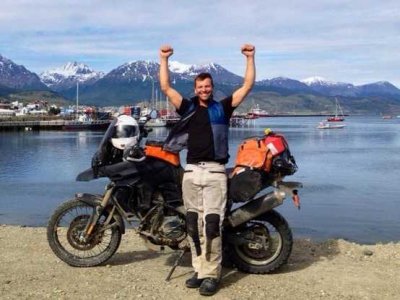 “The HGTV family is deeply saddened by Bill’s tragic death, and we mourn his loss along with his many family and friends who will miss his creativity, adventurous spirit and general love of life,” the network said in a statement obtained by E! News.

“The driver of the vehicle remained on scene and is cooperative with police investigators,” police said in a statement. “[Beckwith] was transported to [San Francisco General Hospital] where he died from injuries sustained in the collision. “

Our thoughts and prayers go out to Beckwith’s family and friends at this difficult time.