Time SEALS Everything! Heidi Klum And SEAL Reunite For Smooch

Seal must be back on his meds because the singer just had a drama-free encounter with his ex, Heidi Klum..

The inference in this photo is the former couple has no qualms about proximity, however, Seal would have to be a saint to have forgave his ex after she slept, not only the help, but also for performing the old heave ho.. Bum’s rush as that may have been, the two were spotted in a kiss over the weekend. 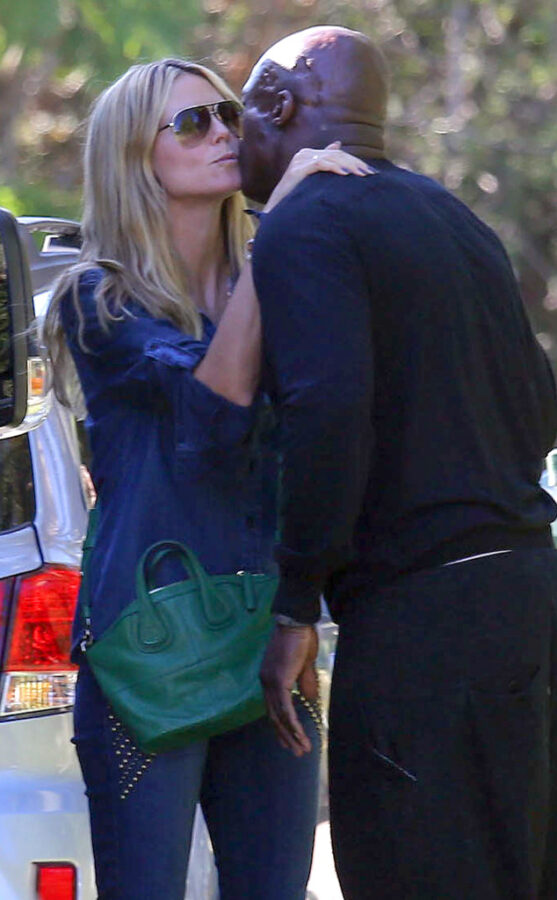 Our friend at E! say:

The affectionate moment took place in Malibu, Calif., on Saturday, Oct. 12, when the Project Runway host and the singer came together to celebrate their daughter Lou’s 4th birthday.

It was in January 2012 when the pair announced they were calling it quits.
“While we have enjoyed seven very loving, loyal and happy years of marriage, after much soul-searching we have decided to separate,” the duo said in a joint statement at the time.

Seal must be getting some!