Sinead O’Connor, the same woman who once tore up a picture of the Pope on live TV, appearing on NBC’s SNL, has now adorned her aging face with two very pink tattooed letters.. Happy early permanent halloween! 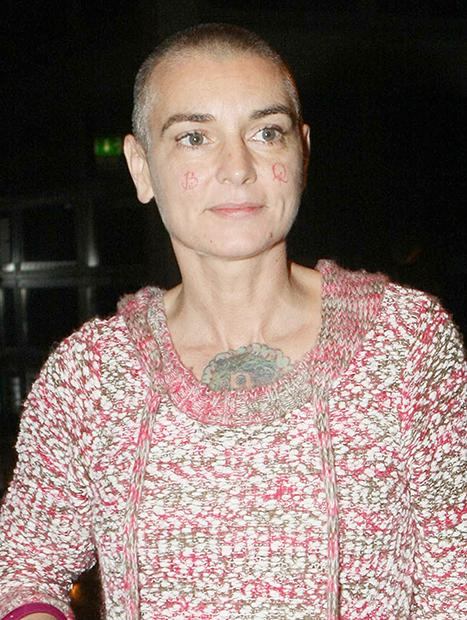 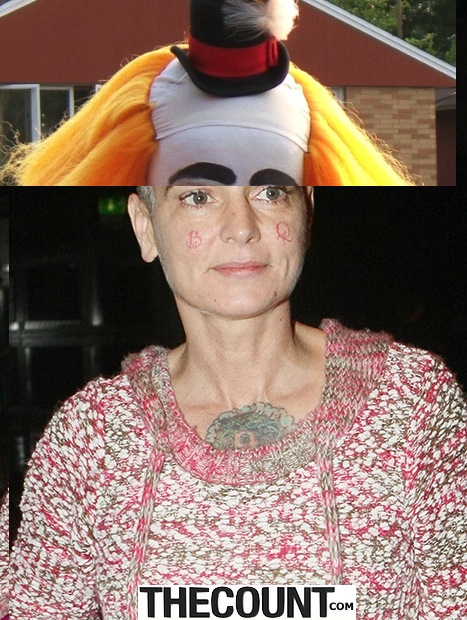 The new ink reads the letter “B” tattooed on one cheek and the letter “Q” on the other.. Or is it the symbol for anarchy? 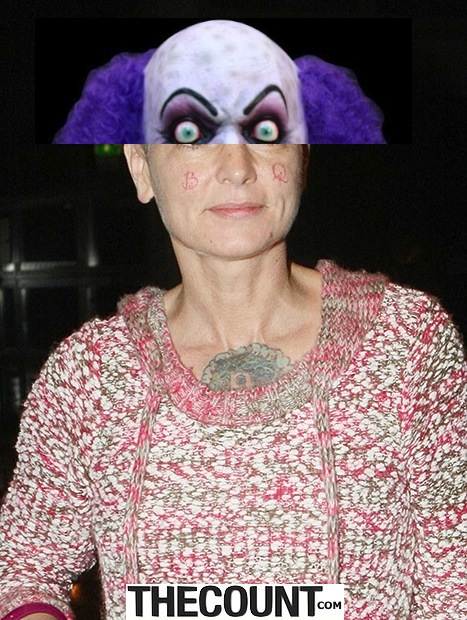 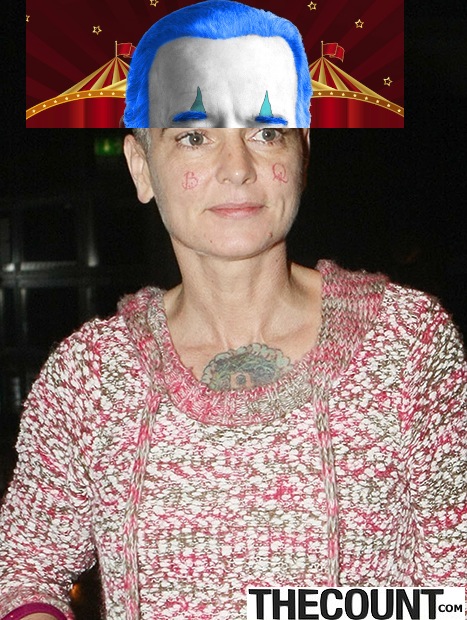 Could the new ink be a sad clown illuminati offering? 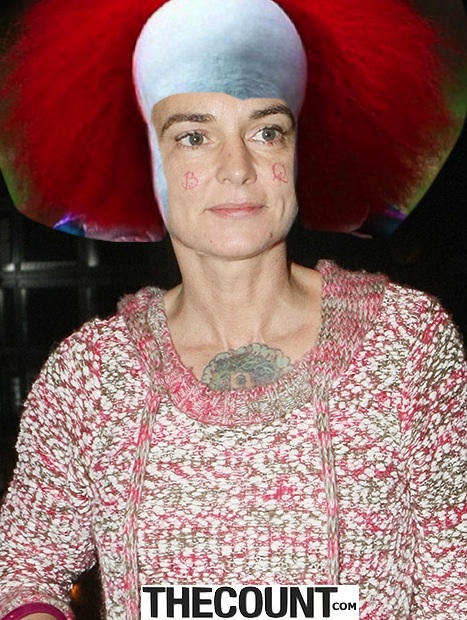 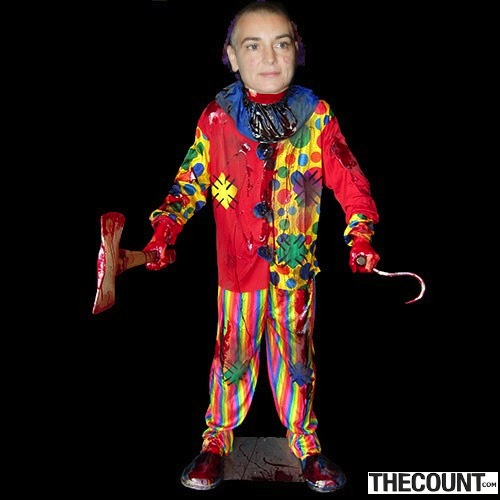