Where’s the beef? I thought Drake and Chris Brown were sworn enemies! But from the look of these pictures taken in a L.A. recording studio, the “beef” is really a piece of fruit.. 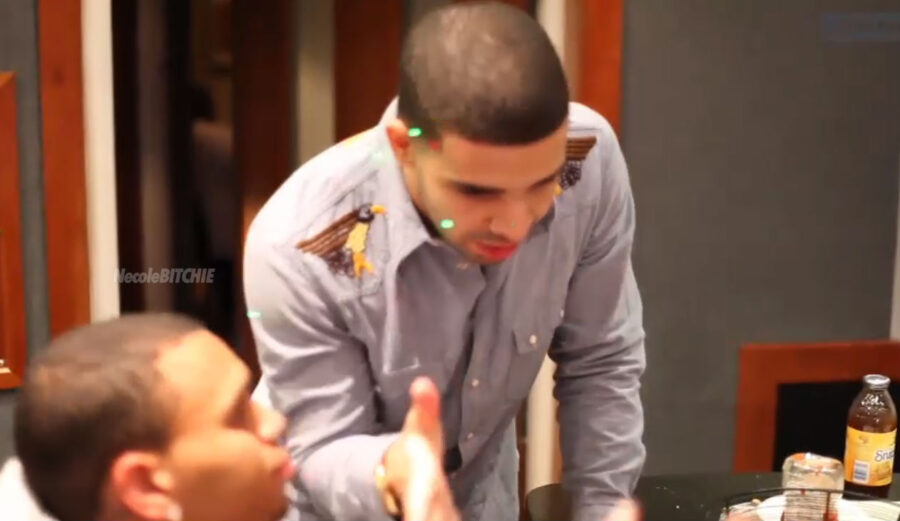 “Drake came on Friday with his whole crew, and watched Chris’ entire set,” a source said. “They were backstage hugging and drinking.” 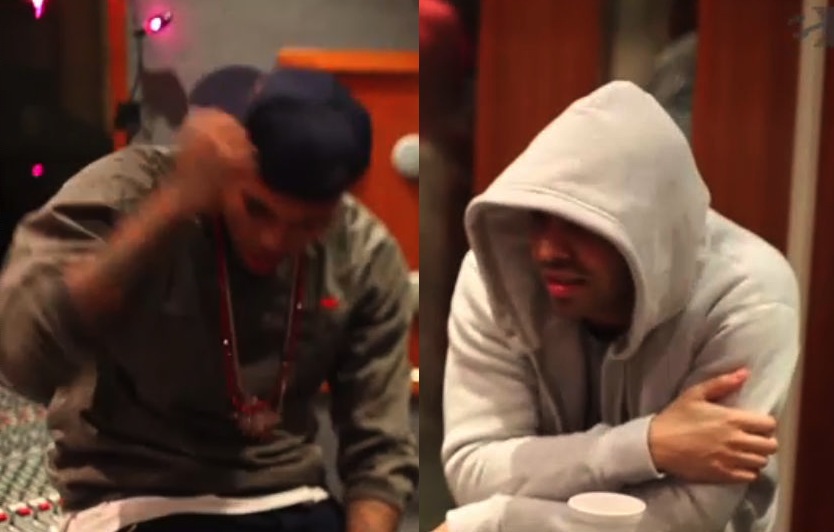 Chris seemed to extend an olive branch to Drake after he took to his Facebook and posted “Hanging with Drake In The Studio.”