We don’t need another celebrity health scare on our hands but looks like we might have one brewing as Beyonce was snapped with a circular patch, resembling a bandage, over her right side.

Our eagle eyed friends at MTO noticed the object which appears to be stuck to the singer’s upper-chest. 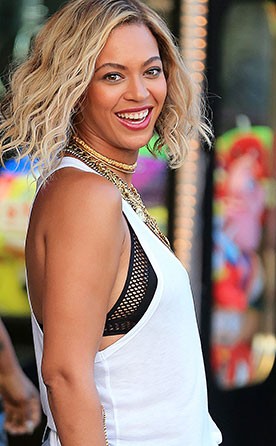 Yesterday while filming her video, a keen MTO staffer noticed that Bey had what appeared to be a bandage on her [Bey’s] right breast.

If you look closely its too far to the side to be pasties. And besides, she doesn’t have one on the other side.

Hope it’s just a boo boo and not something more serious.

I have to admit this is kind of scary, especially when you think about what Angelina Jolie just had to go through. Let’s just hope this was some kind of a wardrobe malfunction or maybe even a nicotine patch.