Liberace actor, Michael Douglas and his troubled wife, Catherine Zeta-Jones are reportedly moving toward a legal separation and maybe even divorce.

Michael, who is pushing 70, and Catherine, 43, haven’t been spotted together since last April, even walking recent red carpets solo.. The actors vacationed separately..

Douglas had a recent bout with cancer and Jones suffers with bipolar disorder so it’s safe to say the couple has had their share of pressures, add to that Michael’s son, Cameron, getting sentenced to five-years in the pen and you have the perfect trifecta of problems..

“The stress has taken a toll on their marriage,” a friend tells People. “They want the best for their kids, no matter what happens,” a family friend tells the magazine. 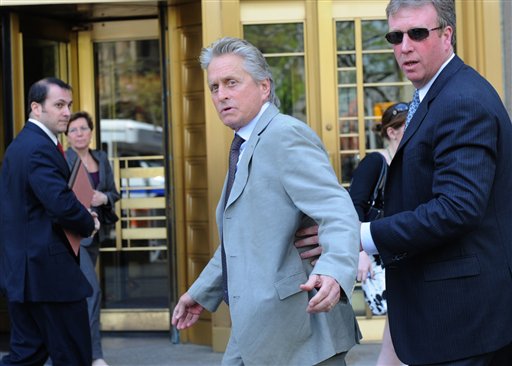 Michael and Catherine got hitched at Manhattan’s Plaza Hotel back in 2000.