A guy randomly filming London’s annual Arab invasion of the world’s most exotic and expensive autos, captured an unlikely street transaction. A man selling his Lamborghini Aventador (in only a few short hours,) by placing a handmade sign in the supercar’s window.. You know, the same way you sold that 78 VW bug, only this sale was probably in the neighborhood of $400,000. 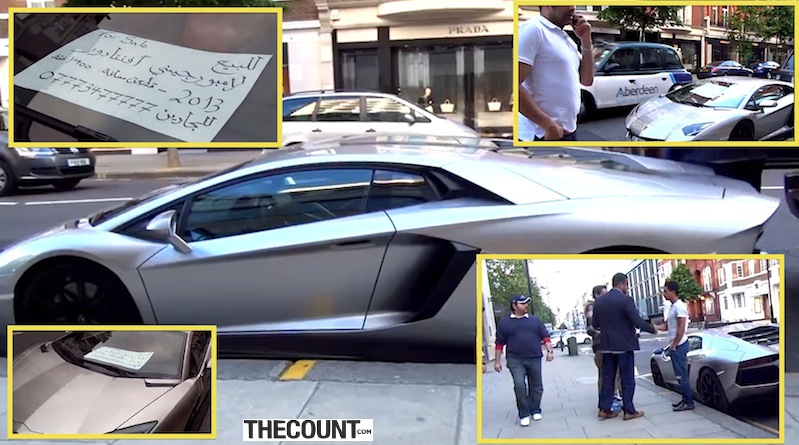 The future buyer saw the sign and called the owner, who promptly met him for the handshake deal!! It all went down on Sloane Street in London.