Residents of a small town in China’s Yunnan province busted out their cameras for a very good reason after discovering a giant mushroom! 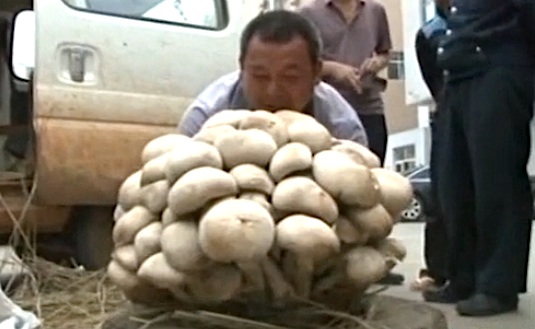 The large clump of mushrooms, which numbered over 100 caps attached at the base of their stems, could be a world record and has sparked wonder and amazement in the small town.

“I guess this mushroom can be entered into the Guinness World Records,” said one woman as she photographed the ball of grey capped mushrooms.

The fungus, which weighed more than 33lb (15kg) and measured 36in (93cm) in diameter, was proudly put on display by the man who found it snugly fitting in the center of an OLD TIRE!

However, it is not yet known what type of fungus it is! So the townspeople don’t know whether it is safe to eat! Better safe than sorry!