Kevin Gilliam, AKA, Battlecat, the man known for producing artists such as Tupac,  Snoop Dogg, The Game, Xzibit and Tha Eastsidaz along with a number of other West Coast rappers – had a massive heart attack! 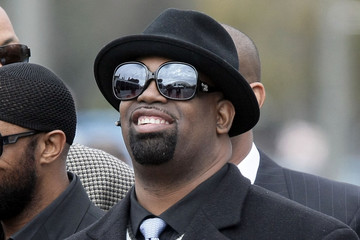 MediaTakeOut is reporting that Kevin Gilliam, better know as Battlecat – one of the most PROLIFIC HIP HOP PRODUCERS in history suffered a MASSIVE heart attack yesterday.

Kevin’s aesthetic is a progression from the early-’90s G-Funk sound pioneered by Above the Law, characterized by fat synth bass lines and soulful keys.

Doctors have his condition is listed as very serious.