The DJ who was the apparent recipient of a loogie to the face compliments of Justin Bieber has officially lawyered up — and filed a police report against the singer. TMZ is reporting. 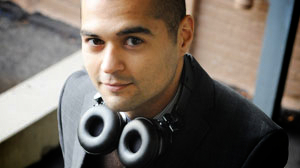 Addison — who’s a junior at Ohio State University and a neuroscience major — says he didn’t snap ANY photos … but Bieber didn’t buy his denial and cussed him out and spat in his face.

The police report, obtained by TMZ, reads — “The victim stated that the suspect told him that ‘His mother was a bitch, his father was a bitch and he is a bitch.'”

Following the alleged altercation, Addison said he got tested for Hepatitis, but the test came back negative.

In the police report, cops note — “The victim stated that he does not want anything done at this time and just wants to document the incident.”

It’s unclear if Addison plans to file a lawsuit … but it definitely looks like he will.

So far, no criminal charges have been filed.