With a laser dot trained on his forehead emanating from a sniper’s rifle, rockstar bomber, Dzhokhar Tsarnaev pictured in all new photos of his capture.. 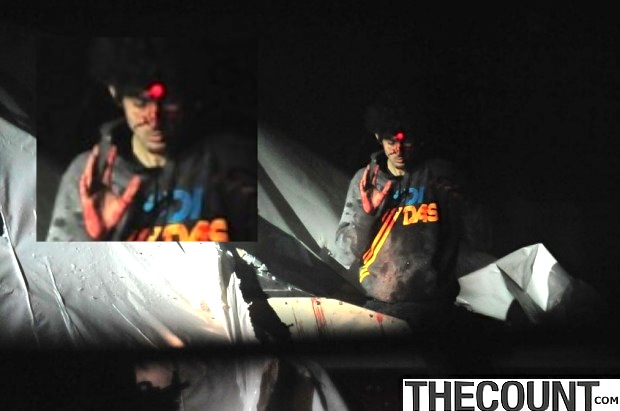 In a statement, a State Police spokesman said,

“the dissemination to Boston Magazine of photographs of Boston Marathon bombing suspect Dzhokar Tsarnaev and police activity related to his capture was not authorized by the Massachusetts State Police.”

Sgt. Murphy has been “relieved of his duty for one day” and is the subject of an internal investigation, according to Dave Procopio of the State Police.