Colin Kaepernick is one of those athletes that can play any sport with ease.. Case in point, his 87-MPH first pitch at yesterday’s SF Giants game was one of the fastest first pitches ever recorded.. 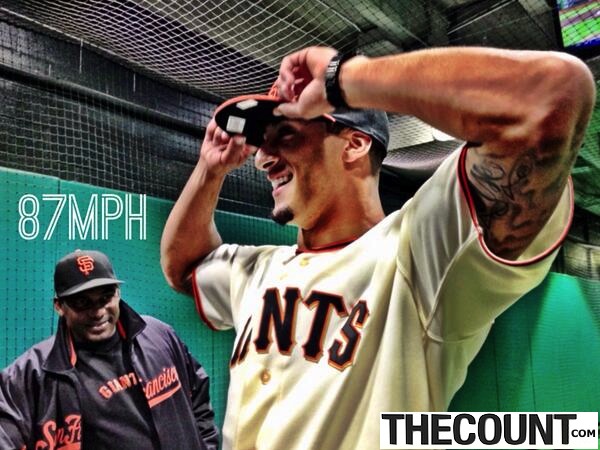 It’s obvious the pitch was coming in red-hot—way faster than the cameramen and catcher expected. But how fast? According to the 49ers’ Twitter page and Kaepernick, the 25-year-old signal-caller’s throw came in at a whopping 87 miles per hour..

The guy is well liked and talented! Is there anything the QB can’t do?