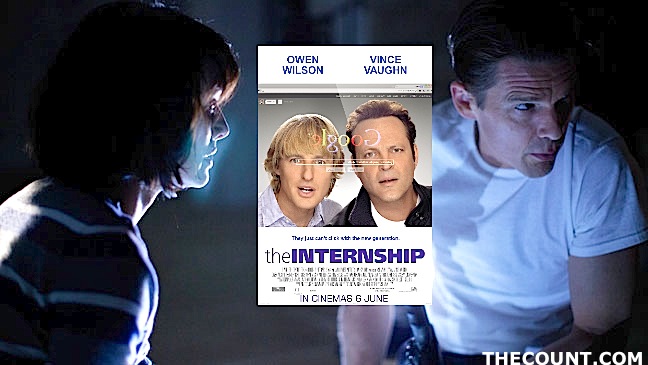 HollywoodReporter had this to say about the numbers.

Many reviewers have skewered The Internship — starring Vaughn and Wilson as washed-up salesmen who become interns at Google — for being an advertisement for the giant tech company. Audiences were more generous, giving the comedy a B+ CinemaScore. The Internship is in a close race with Universal’s Fast and Furious 6 — which will jump the $200 million mark over the weekend in North America — and Now You See Me and could come in No. 4 if beat by the two holdovers.

From writer-director James DeMonaco, The Purge — costing a mere $3 million to make and already making its budget back — is set in a future where one night a year all crime is legal. The film received a C CinemaScore, not unusual for the genre.