Peter Mayhew, the actor who portrayed Chewbacca in Star Wars, was harassed by TSA agent after they took issue with his lightsaber-styled cane! Mayhew documented his frustration — and vindication — on Twitter, writing that TSA “won’t allow me through the airport with me cane!” That tyranny tipping point is getting awfully damn close. 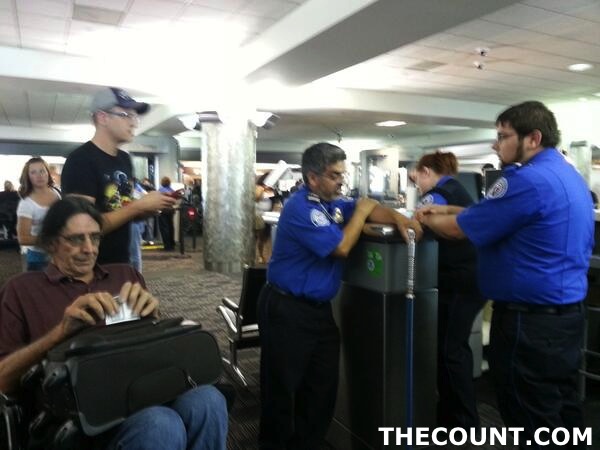 He posted multiple photos of the incident last Monday, in which TSA officers appear with the cane as Mayhew waits. “Though after I tweeted they gave it back,” the actor, who has over 22,000 followers on Twitter, wrote.

The actor was flying home from Denver Comic Con to his home in Texas when the trouble began, U.K.’s The Sun newspaper noted.

“In Dallas. Thank you to @AmericanAir for checking on me. Problem was all @TSA. I’m a million-miler on American and they are a class act,” Mayhew wrote.