E.T. the Extra-Terrestrial, The Video Game…. It’s been called the worst game of all time, but that’s not stopping a film company from attempting to excavate Atari’s embarrassment from a New Mexico landfill over four decades later.. 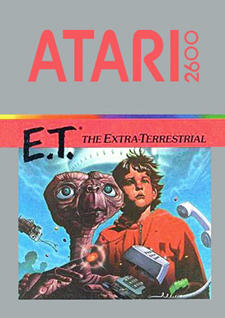 As the legend goes, thousands of the ET games were buried in an Alamogordo landfill under cover of night way back in the early 1980s and have been entombed ever since.. The Alamogordo city commission just approved a contract that will allow the film company, Fuel Industries, up to six months to dig up the landfill and search for the coveted bad games.

The “E.T.” Atari game came out shortly after the eponymous Steven Spielberg film in the early 1980s but was universally panned by critics and gamer alike. 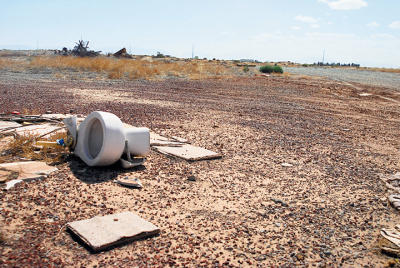 A witness said he was present at the landfill in September of 1983 to see the first of nine truckloads of the games that were allegedly dumped by one of his competitors. Laws regarding the discarding of garbage and the running of landfills were much more relaxed in the early 1980s.

Twenty one more truckloads of the games are believed to exist, but where they ended up remains a mystery. Thieves purportedly hijacked one of the truck loads and rode it to Mexico, he said.

The witness said some of games and other Atari-related brick-a-brack were run over with a bulldozer and slathered in concrete, which probably helped to preserve them if they are, in fact, actually there.

The “Atari Graveyard” is a popular urban legend among video game aficionados.