Domino’s has created a remote control helicopter to deliver it famous brand of takeout pizzas. 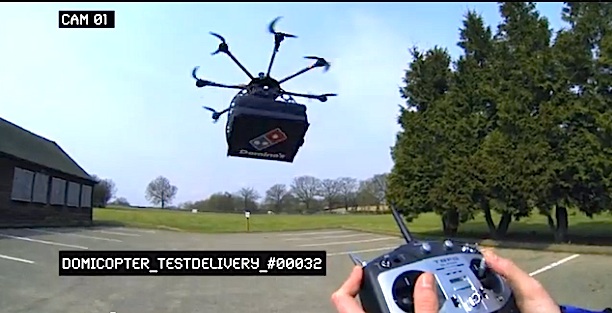 Dubbed the “DomiCopter” the flying contraption incorporates a heatwave bag which is attached kepping the pie warm for its flight.

Domino’s says once they get this program up-and-running they plan to launch a helicopter flight academy.

Tom Brewer, founder of T + Biscuits, told NBC News that it is serious about the ‘DomiCopter’. He said:

“We’re looking at making flying pizzas a possibility, we think it’s a great way to reinforce that Domino’s go to more lengths than anyone to deliver great pizza.” 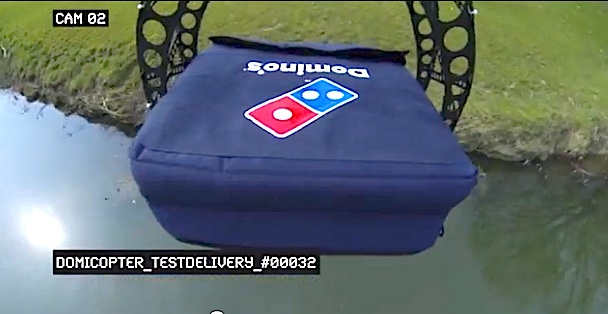 The helicopter can carry up to two large pizzas and aims to be quicker than a normal delivery service.