TSA body scans: The graphic full-body scans of passengers at airports will stop, the Transportation Security Administration told federal officials on May 30.

A letter from the agency detailing the changes was sent to officials last week but not publicly released until Thursday.

John Pistole, the administrator for the agency, says that all body scanners will only be used to take generic images of passenger bodies.

Congress had ordered the agency to add privacy filters to its X-ray machines amidst ongoing controversy over the scans. Many airline passengers consider them an infringement on privacy rights.

U.S. Rep Bennie Thompson lauded the move in a statement obtained by The Hill. 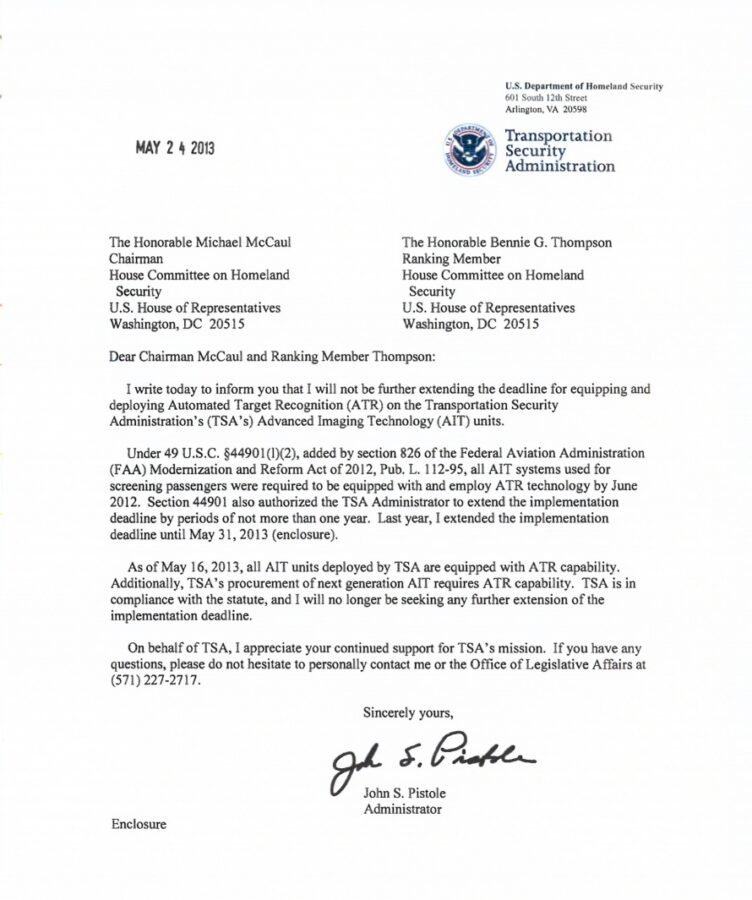 “I applaud TSA for becoming compliant with the law mandating that all AIT machines used by TSA are equipped with up-to-date privacy filters,” he said. “Because of this action and congressional oversight, TSA will never again use machines to screen passengers that do not obscure their imagines while maintaining security.”