Pink slug discovered. “Giant pink slugs are about 20 cm long (7.8 inches), only found on top of Mount Kaputar,” says a scientist to the Australian Broadcasting Corporation. 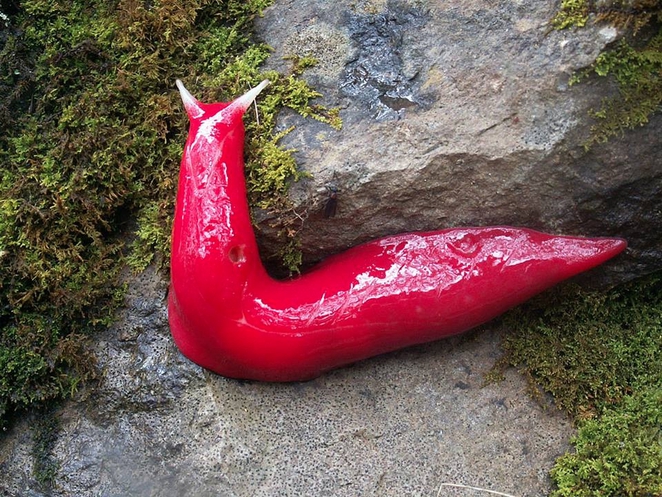 “On a good morning, you can walk around and see hundreds of them, but only in that one area.”

“As bright pink as you can imagine, that’s how pink they are,” he added, noting that each night they crawl up trees in large numbers to feed on mold and moss. 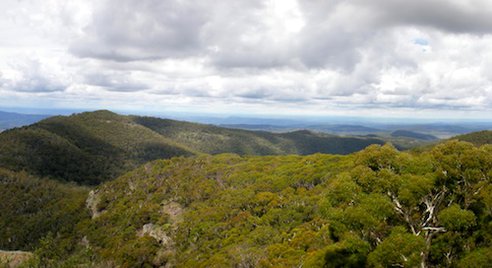 But giant pink slugs aren’t the only squishy inhabitants unique to that particular mountaintop. According to Murphy, the forest there is also home to several cannibal snails, battling it out in slow-motion to see who can eat the other first.

“We’ve actually got three species of cannibal snail on Mount Kaputar, and they’re voracious little fellas,” says Murphy. “They hunt around on the forest floor to pick up the slime trail of another snail, then hunt it down and gobble it up.”

Beatric:
Aughhhhhh! Get the salt shakers!!

Hey, Pink Peppers to throw on the Burgers…

chirpy5:
Wonder how it would work as fishing bait?

logicrat:
Most fluorescent animals are genetically altered. Man made.

iSiUrBad5:
Get the garlic butter!!!

ClockworkAngel:
This reminds me of the red rocket South Park episode. Sick.