Boyfriend wrecks Danica: CONCORD, NC – MAY 26: Danica Patrick, driver of the #10 GoDaddy.com Chevrolet, and Brad Keselowski, driver of the #2 Miller Lite Ford, are involved in an incident during the NASCAR Sprint Cup Series Coca-Cola 600 at Charlotte Motor Speedway on May 26, 2013 in Concord, North Carolina. 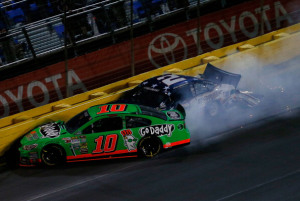 In this picture we see a pit crew gathering cable from a broken television camera rig during the NASCAR Sprint Cup Series Coca-Cola 600 auto race at the Charlotte Motor Speedway in Concord, N.C., Sunday, May 26, 2013. The race was red flagged temporarily and several cars were damaged after running over the cable. All involved are expected to make a full recovery. 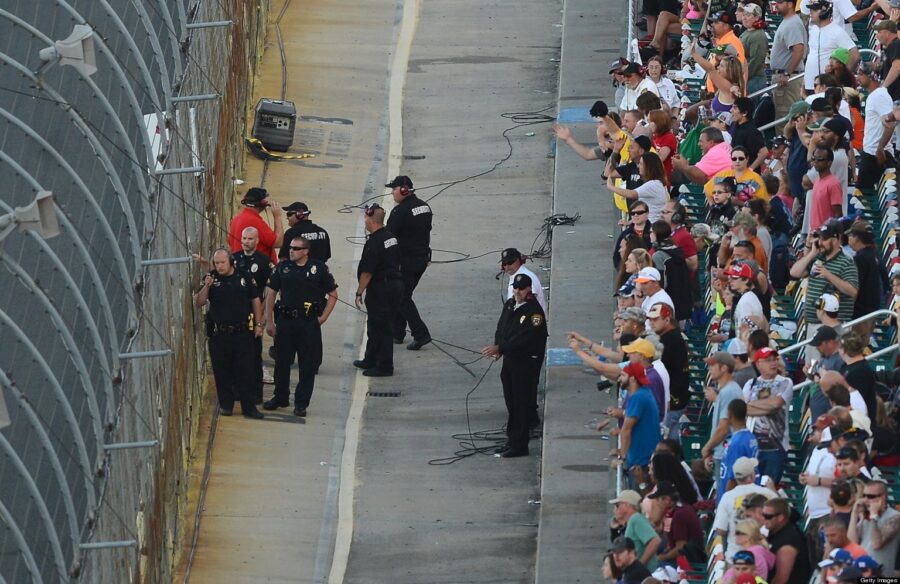 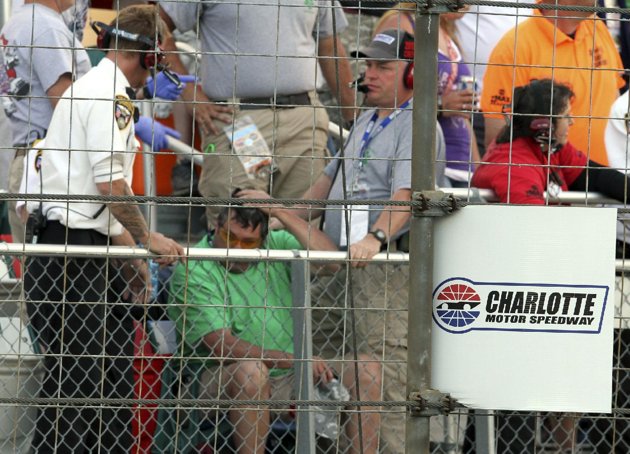 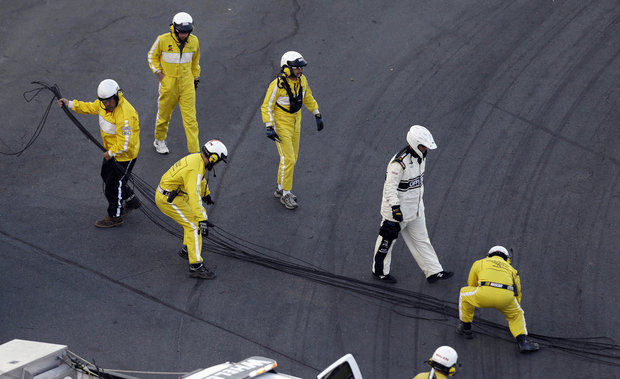